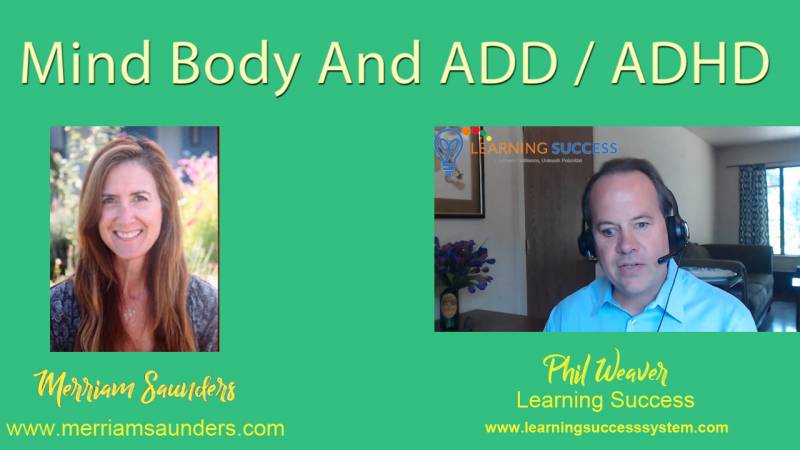 Merriam:    As I mentioned, you know, the first step towards inhibiting a behavior is even being aware that you are about to do it in the first. And that's the biggest challenge is most of the time this behavior occurs before the child even is aware that it's about to occur and then yelled at for something and they don't even remember doing it or why they did it. So I'm talking to the child about, well, what was going on for you? Wait, before you did that, you know, how did you feel in that moment?

Phil:    I'm sorry. I had those, a lot of those talks with, with this young man through his development because he would claim "Oh, I'm Asperger's, I don't have emotions." And I go, yes you do. Lets find them, you know, and, and so yeah, all of those things. That's, that's fantastic. So it's, but it roots in the, in the mind, body awareness, and then that allows them to find how those emotions feel. Is that what we're talking about?

Merriam:    Right, exactly. So always, you know, not just talking about emotions, but talking about how did, how did the body feel when you had that emotion? One thing I like to suggest for parents that have children that get emotionally dysregulated a lot. Because that's a very big one with ADHD and autism as well, is to create what we call a sensory box. And so it's a box filled with objects that relate to all of the senses. So it might be, you know, something that feels really nice, something that's joyful to look at, something that smells nice, has a nice sound to it if you move it, but that the child picks themselves. So they're helping to create the sensory box. And whenever they experience or really big emotion you, it's something they can go to. Hey, you know, I see that you're really upset right now. Maybe it's time to pull up the sensory box and have a little chill out of time. and so it's an opportunity for the child to learn how to, how to regulate themselves without, just, you know, being told to go to your room for a time out.

Phil:    Right. I see lots of examples of sensory boxes on Pinterest. So if you search for that, you get thousands and thousands of results.

As I mentioned, you know, the first step towards inhibiting a behavior is even being aware that you are about to do it in the first