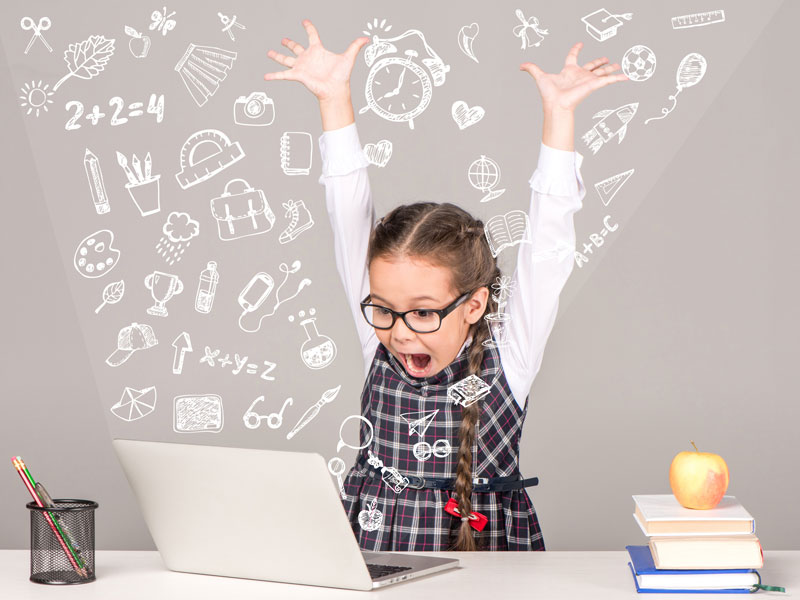 Intelligence is Not the Biggest Factor in Getting Good Grades

A Difficulty Can Lead to a Strength

Let’s take a step back and look at the bigger picture. I think you will find it refreshing, and hopeful. You’ve determined that your child may have some trouble spots in the way they learn. But the amazing thing about the brain, and us humans in general, is that:

If we have a weakness, we generally compensate with a strength.

The world’s greatest thinkers and some of the world’s biggest movers and shakers are who they are because they think differently.

They didn’t fit the mold. Obviously.

It is estimated that about 1 in 5 people process information in an unusual way. Unfortunately, most of those people don’t go very far in life. But it doesn't have to be that way. Because those same people who have struggles, also have big gifts.

And many many more.

What's the Difference Between Those That Make It and Those That Don't?

The ones that change the world.

The ones that make a huge contribution to society.

Your child is amazingly lucky. It’s only in recent years that the knowledge has become available to strengthen the missing skills. Only recently has neuroscience made the necessary strides to not only understand what is going on, but to also to correct learning difficulties. Even the motivational skills that have been passed down for thousands of years in kung fu training. Now neuroscience knows WHY they work.

We live in an amazing age.

No longer will a person be stuck in a menial low paying job because of poor reading. Now we can develop reading skills, even for those that learn differently. So that they can lead productive lives too.

That’s why we built the Learning Success System. To make all of that available to parents like you.

It's Not About Talent

So in the last post, we talked about Dustin. And how he fell through the cracks of life because how his confidence was mistakenly built on sand. Confidence built on an unstable foundation is doomed to crumble eventually.

What happens when you build on a strong foundation?

Well, then things end up a lot differently.

What you get, well, you get guys like Michael Jordan.

Michael Jordan, in his junior year, did not make the varsity team.

But went on to become the best basketball player that ever lived.

In just about everything in life, we make the assumption success is about talent.

I’m not good at football

I’m not good at Basketball.

I’m not good at reading.

We assume that talent comes naturally. And to some degree it does. Just not all of it.

We assume that you either have it or you don’t.

Watch sports sometime and pay attention to how the commentators speak. They will all talk about talent.

“He’s made of the right stuff”

Quotes like that lead us to believe it’s all about talent.

It’s not. Michael Jordan proved that.

Should we really believe that those guys on the professional basketball or football team got there by talent?

And the problem is, if we believe it’s about talent, we’re doomed.

That’s the difference between Dustin and Michael.

When Dustin came up against an obstacle he assumed that was the end. Not made of the right stuff. Might as well quit.

When Michael came up against an obstacle he was inspired. Inspired so much he became the world’s greatest.

Maybe your child has struggled with academics for a long time. And maybe you are saying “But we have worked at it.”

And I have no doubt that’s true. But you may have been working at it the wrong way. Lots of people do.

Reading, writing, spelling, and math are made up of tiny micro-skills. Micro-skills that are not generally taught in school. And, even though these are so critical to learning, schools are dropping activities that develop them because they are not "academic". Sure they are not academic, that's true, but without them academics are not going to happen. Unfortunately the politicians that are dictating the standardized testing that is causing these issues don't get it. How could they, they have no experience in teaching.

These micro-skills are very easy to build if you know how. And once you do, academics become easy.

Just like Michael Jordan built up his basketball micro-skills until he became the best player of all time. You can build up your child's micro-skills.

It’s the same for your child. Develop grit and a growth mindset and at the same time build up the micro-skills of reading. Then they can become whatever they want. They can go on to live a wonderful life unhampered by the difficult burden of poor reading skills.

Today that is possible. And it’s something you can easily do at home. With the Learning Success System.

It's unfortunate that many schools have abandoned the activities that help children develop into good learners. But really it's not their fault. It's the politicians and bureacracies that are forcing more and more standardized testing without really understanding the root problem.

Fortunately, as parents, we can easily remedy the situation and make sure our children live up to their full potential. Just by doing a few simple exercises a day.