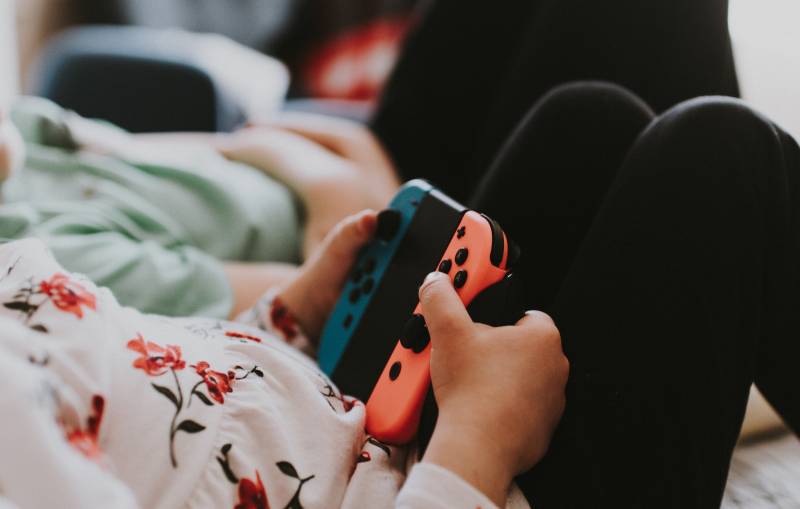 How to Protect your Child from Online Predators and Video Addiction

Spare your children from online addiction

Even if you limit it to it an hour, a day, an hour, based on their age, of course, an hour a week, maybe make it earned. So in other words, their grades need to be acceptable to you and not only their grades but their chores need to be done. Hopefully, your child has chores or ways that they need to participate in the family and then encourage them to get back outside.

Back in my day, we didn't have video games, we played outside. So encourage your child to do something active and do sports of some sort, go outside, ride a bike, jump on a trampoline, something to get exercise. All of those things are very important to a growing child.

Gaming can impact your child's academics in a very negative way. I have seen children in the school system who have managed to sneak their cell phones during the school day and will be playing their game on their cell phones. And if they get caught, I've seen them have tantrum-like behavior. And this is middle school. This is not elementary.

I've seen them have all-out temper tantrums in the classroom disrupting their class, their fellow students and teachers, and principals when a couple of them have had to been removed from classes. So gaming is a danger in many ways, and not only can it impact their grades, but it impacts their behavior in the school.

There's some out there I've seen kids in elementary school playing, some games that depict violent acts, that depict murder, that depict racism, that depict derogatory behavior towards women and parents are fine with that. And I just think that at that point, if that's what you're teaching your child, then you can't be too confused when your child starts exhibiting some problematic behaviors because they're playing it every day on their video games.

So kids need a place to belong and the place that they need to belong is within a family, it is not on a video game or in a chat room. It is to be a part of a family unit that will love and encourage them and is accepting of them as opposed to strangers that they may never see face to face, but all they do is hear them in their ear. That's a problem.

I hope this is helpful to you. And I hope this brings light to the problem that is plaguing our kids nowadays. And if you have any questions, talk to your child's teachers, get an update on their behaviors in class, talk to a counselor, or just unplug the game system and take it away. Thanks.

Kids need to belong to a place and that is within a family, it is not on a video game.

1
The amount of time that children spend gaming can be a problem.
2
Gaming can impact your child's academics in a very negative way.
3
Monitor their electronics time

Children and Electronics with Robyn Flint