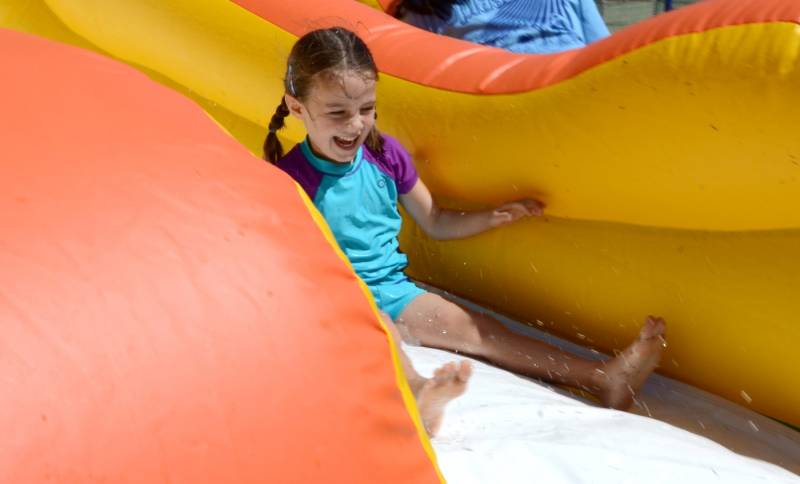 Dopamine is the happiness neurotransmitter. Our brain gets a little dose of it as a reward. The trick is setting up these rewards skilfully. To do that use the concept of Kaizen. The important element of Kaizen is to break things down into tiny goals. Then celebrate each win. This is an extremely simple yet an amazingly effective technique. What happens is that for every win you and your child celebrate they get a little dopamine hit. So do you.

If that addiction is pointing at the right thing it's actually a fantastic thing. And what we aim to point it at is the love of learning.

What neuroscience has found is that its not the size of wins that matter its the number. So all successes count. All wins develop the addiction. And getting more wins is just a matter of framing and noticing. Frame what constitutes a win. Then make sure to notice and celebrate. Celebrate however you want. A high five. A hug. The celebrations should be small as well. Just little acknowledgments of the win. But keeping them fairly consistent helps. The brain will be looking for that reward and seeking it out. Keep doing this enough and you are building a component of Grit. The ability to push through hard things.

So next, start thinking about what activities you can break down into little wins. I'm sure you'll get super creative and make this a habit. Let's get you going on some examples 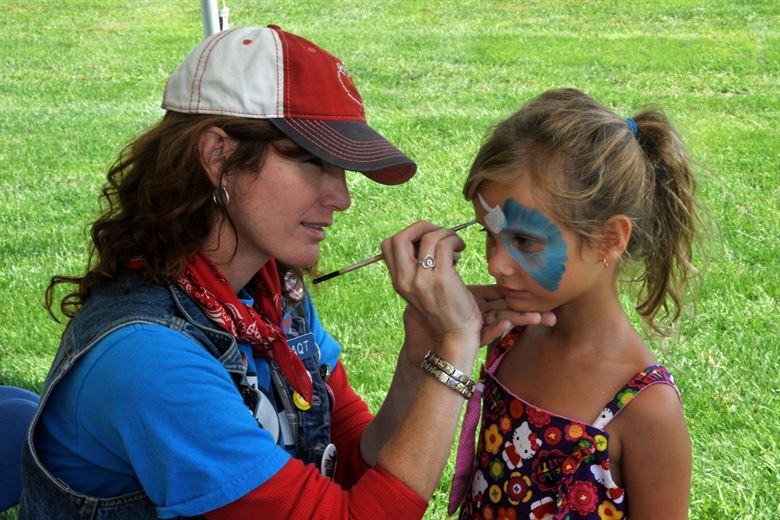 Bake Me A Cake As Fast As You Can

Cooking is a simple way to work on math skills. You can use the measuring to ask questions. Base the questions you ask on the child's competencies. Make them slightly challenging but not overwhelming. Which brings up an interesting point.

The Ratio Of Wins To Try-Agains Is Important

Contrary to popular belief 100% wins is not constructive. Not only does this not develop skills but it also can have some serious problems. Children don't learn that mistakes are a part of learning. They may develop an identity around never being wrong. This can lead to all sorts of problem behaviors such as avoidance tactics to avoid being wrong at anything.

If a child is having serious self-esteem issues then you may want to raise the ratio of wins slightly for a short time. Just don't do it too long and when your child does make a mistake frame it as a learning opportunity. You can say "Oh you've been doing great but here's an opportunity to get even better. Let's work on this together"

If your child is doing great at the basic measurements you can start doubling, tripling, halving, or whatever the recipe. So for example, if you are baking cookies you can ask how many cookies each person should eat. Add it up and figure out how much the recipe needs adjusting. Then pose questions such as "What if we invited so and so? How many cookies would we need?"

Play around with that and you can get lots of critical thinking and math in. And then you get to eat the cookies. Not bad.

Shining Bright With The Sugar On Top

Along Comes Johnny With  A Nickel To Pay

Storytelling is an amazing developmental activity. Numerous studies have shown that it improves reading skills. Even though the child is not actually reading the story themselves.

To have some more fun with this you and your child can work on the sound effects that might go along with the story. Think old time radio, they were amazing at creating sound effects. Come up with imaginative ways to create sound effects. This will keep our child engaged.

Ask questions about the story. Help your child with comprehension by asking questions. Ask "what ifs" to help them use their visual centers to imagine. Work on alternate endings together. Act out parts. Have fun with it. The more engaged the more the brain centers work and develop.

Proprioception - This Is My Body

Here are my ears.

Here is my nose.

Here are my fingers.

Here are my toes.

Here are my eyes.

Proprioception is our awareness of our body in space and it is highly correlated with learning ability. Proprioception happens in the hippocampus. this area of the brain is where spatial memory resides. It is also where logical thinking begins and is then passed over to the pre-frontal cortex. So developing this area of the brain by developing proprioception and other spatial skills have a profound effect on learning. We are truly at the beginning of understanding how and why proprioception has such an amazing effect on learning. That doesn't mean the knowledge hasn't been around for a while. Martial artists have used this principle for millennia. And the ancient Greeks used a spatial memory device to memorize the long speeches they were famous for. The technique is called the memory palace. As a matter of fact the phrase "In the first place..." came from that practice. Notice it is a spatial reference.

Not only is it correlated with learning ability it also has a reverse correlation with negative emotions. This is the core concept behind why mind-body techniques work to calm the emotions.

Mind-body is not just meditation. Meditation is actually an advanced technique and can be counterproductive if you are not ready for it. So in most cases not recommended for kids. Instead think martial arts, horseback riding, or learning dance moves. Many schoolyard games are highly proprioceptive. things like jungle gyms, hopscotch, jump rope, and even swings.

Pro-tip: Anything moving backward is super proprioceptive. It takes a lot of mental processing. NASA astronauts practice by walking up stairs backward and this exercise has even been shown to help with dyslexia. We accidentally discovered how powerful this was while teaching Kung Fu. There was a move which we put into the beginner curriculum. We thought the move would be really easy. It wasn't. Everyone struggled with it. It took weeks to master. But the great thing was once mastered it greatly enhanced proprioception and therefor other cognitive skills. It was so powerful that we broke it down and put it in the Learning Success System.

So do everything you can to help your child develop proprioceptive ability.

You might have noticed that I've made at least a few nursery rhyme references in this article. Did you notice them?

Nursery rhymes are great for developing auditory skills such as auditory memory, auditory discrimination, and auditory closure. These skills are the foundational skills needed for reading. They are prerequisites for being able to follow instructions. These skills not being fully developed are, in most cases, at the root of dyslexia.

When you add rhyming to body movement then you have a power packed duo. You are developing auditory skills with kinesthetic skills. More than likely you'll use visual skills as well. So you'll be combining all three learning modalities. Visual, auditory, kinesthetic. Or VAK as it is often referred to. Combining these modalities is at the heart of most educational therapy programs. You can do it with simple playground games. Think clapping games like Pat-a-cake.

And if your child doesn't like silly schoolyard games then maybe some rap? Get creative

When summer rolls around kids and parents both are ready for a break. If you are strategic about how you have fun on the break you can have a great summer and still reap the rewards of being prepared for the next school year.

Do these simple techniques and you will help your child develop a love of learning so that they can slide into the next year with a smile. (And come out of it with a great report card)

Or even better yet, order the Learning Success System and have easy exercise emailed to you daily. Take 15 minutes per day and your summer will rock the next school year. 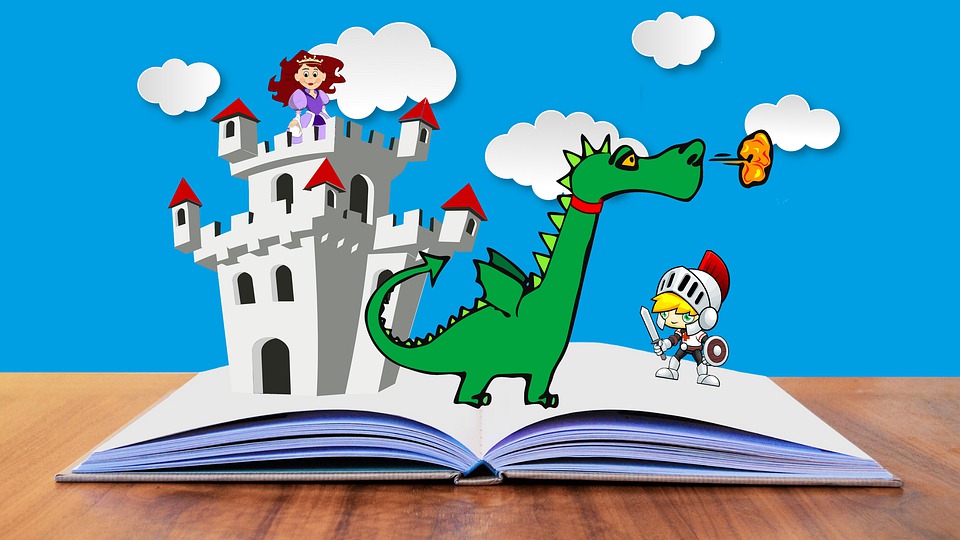 How does retraining the brain help academics?

Simple Exercises to Retrain Your Brain

The Visual System's Affect on Learning

Helping Children with Dycalculia Progress in the Classroom

Is Your Learning Disability Popular?

Children with Disabilities Voiced Out their Concerns