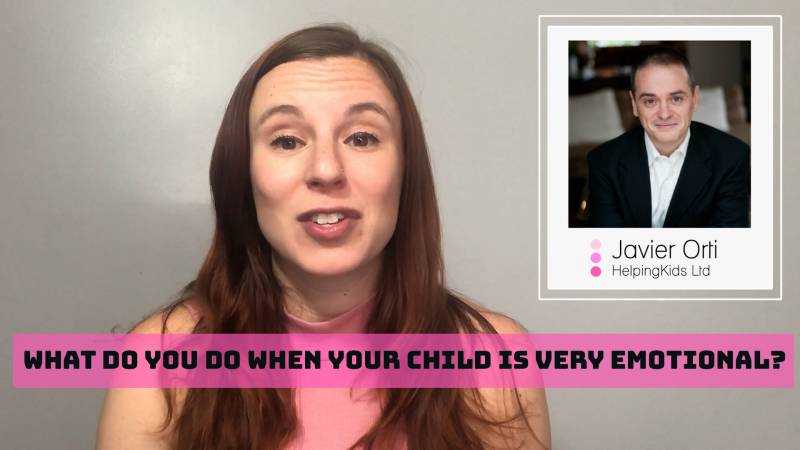 What do you do when your child is very emotional?

Wait for the pre-frontal cortex to come online

When the emotions that the back part of the brain has subsided  and the front part, the prefrontal cortex is a bit more active and they can think and articulate a bit better. Give them time to relax, give them space. And when they are calm, then you can have the conversation when you're having that conversation. Just make sure you have plenty of time, make sure that you allow as much time that you don't have to cook. They now pick up the phone or wherever, because you know what? They don't want to talk about this. They don't want to face those fears because it's uncomfortable. It's uncomfortable for everybody. It's uncomfortable for them as well. Why do they talk about something that makes me a Fred? I don't want to. So just time and make sure that you have enough space, uninterrupted space for you to say, listen, we want to talk about this.

How does it feel? Don't Russ Reed. Just make sure that you create that space for them to feel safe and that they can trust that they can have that conversation with you. Now, most likely your child will not want to engage in that conversation. And it's about creating those spaces, those moments for them to be able to talk. It doesn't have to be about their behavior. It could be about anything, but you create those special opportunities. You go to the corner soap for our milk, or to do some swapping or for a walk in the park. There's a, how you feeling. And you just talk about this. You create those spaces. So he even 20 knows that he can talk to you about those things. And the final part of this strategy is what I call fishing around. And now remember the kids will not be able to express the feelings will not be very good about putting words into what it is.

They probably don't even know where they are come from. So something that I use a lot in my practice is just to suggest things in that very calm way. Would you say, is this an, I don't know you, but when this happened, I could have felt a bit frustrated or a bit angry about this or a bit left out, or maybe not important enough. And she just throws those things around and you allow them to see which one resonates with them, which one, tick the box for them. And they would probably say, yeah, I felt a bit frustrated. Okay. And what else did you feel? And you allow them to explain, and you felt frustrated because it was really important. Two things do not fix it. They're not going to miss them, fix it, man, let them explore it. This is not a fixing approach right now.