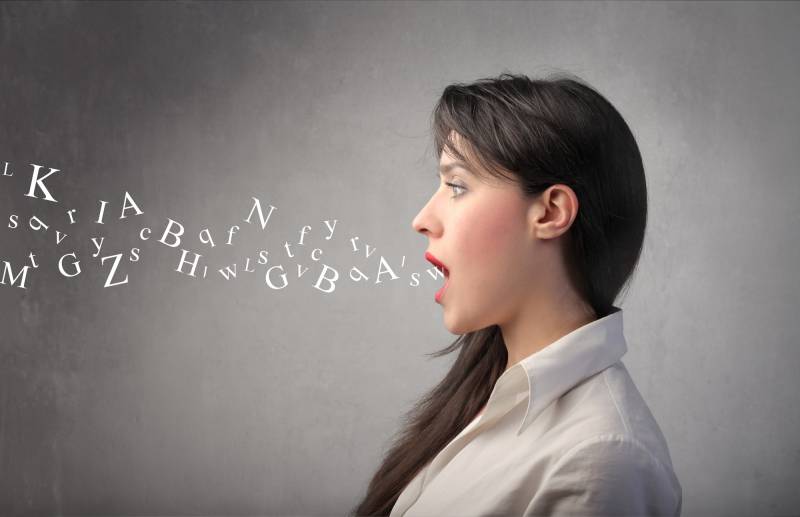 Pictures vs. Words. Which Are Better For Teaching?

As a teacher, I'm a bit skeptical of the current debate on which form of instruction is ultimately better for the brain: pictures or words?

To me, this simplification ignores the unique needs of each individual learner. My answer, as a special education teacher, is words for one and pictures for another.

I recently read an interesting post by the Brain Rules blog, which came out very firmly on the picture side of the coin. Their main point is that in studies of memory, people recognize pictures they've seen before with greater accuracy than people remember what they've read.

In support of this assertion, a study cited by Brain Rules found that people, in general, were able to remember 2,500 pictures that they were exposed to, several days after the exposure, with around 90% accuracy. That really is incredible and says much for the visual processing of the brain! However, the test only checked a person's ability to recognize that they had formally seen a picture—not their ability to recreate or describe the picture when it was not in front of them. 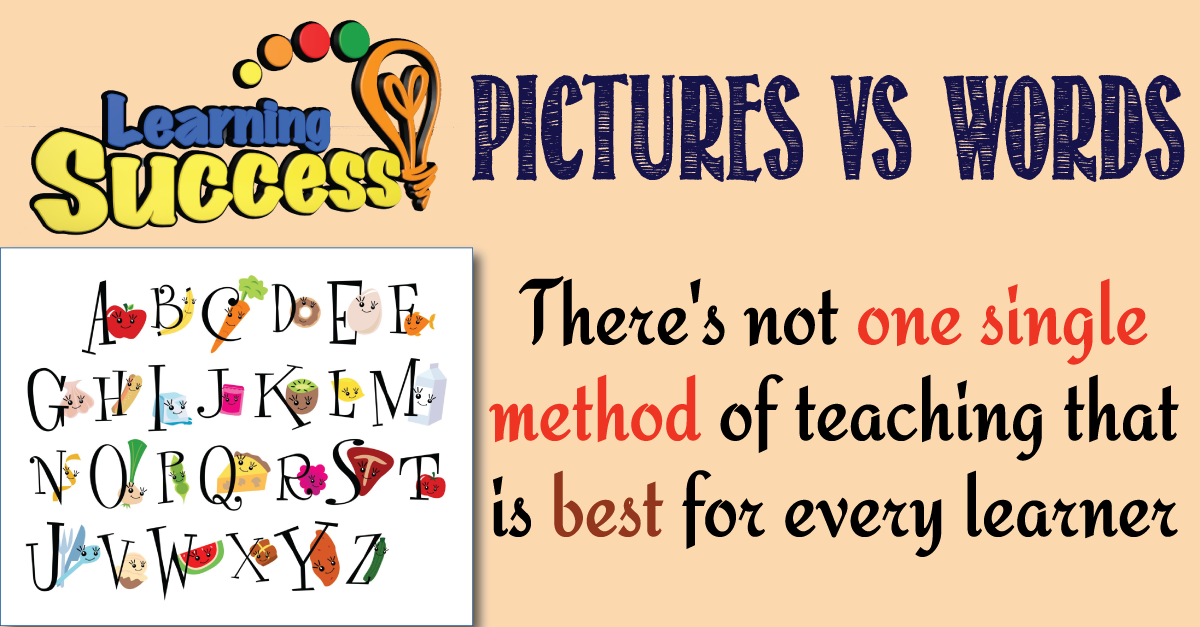 Brain Rules contrastingly pointed out that subjects remember 10% of material presented orally. Though no study was cited, in general verbal memory is tested by asking a subject to repeat back what they've heard. Several days after verbal input, participants usually forget a lot, unless something in the content particularly sparked their interest. Note, however, this is very different than the visual study, where participants only needed to recognize they had, in fact, seen the picture before. A more comparable study would be to play snippets of recordings for the verbal studies and test whether participants can recognize they have, in fact, heard the snippets previously. Google, however, did not help find any such study.

Why did Brain Rules assert pictures were still better than text, therefore (both processed visually)? They suggested that the brain processes each individual letter as a unique picture. That is true in early readers (and possibly individuals with dyslexia), but research has clearly shown that in average readers, the brain forms a unique neural pathway for every single word a person reads (the neural pathway for “cat” is as dissimilar to the neural pathway for “bat” as to “God”). In short, the brain actually processes each whole word as a unique picture, no longer taking in the individual letters (quite opposite to Brain Rules' assertions). That's why, when there is no problem or disorder, we are able to read so quickly.

I personally love visual-spatial diagrams and reading text. Oral directions have always been a nightmare, however. I only learned why when I was 14, sitting in the audiologist's office, and he explains to me that I have an auditory processing disorder and that my brain apparently only recognizes about 80% of the sounds it hears. Oral directions never quite make sense to me, and they always shake my confidence slightly. They make me wonder how much in my day-to-day interactions I'm actually missing if I cannot respond accurately to even the simplest of oral directions. I need written and visual directions.

My mother, on the other hand, can look at a diagram all day long and will gain no meaningful input from it. However, if someone else looking at it simply “translates” the picture into spoken words, she'll have the task done in seconds. She excels in oral learning situations and prefers oral learning to visuals, reading, or even hands-on activities (which she says feel like tests before someone has finished explaining the concept).

While these two examples are anecdotal, our website deals primarily with parents and teachers of children who are the exceptions. No matter what's best for the vast majority of the population, your job is to figure out what's best for your child.

1
There's not one single method of teaching that is best for every learner.
2
Your child's learning style will affect how he/she remember what has been taught.
3
Knowing how your child learns will help you maximize your instruction.
when you're in the process of teaching or helping with homework in another subject matter, work to your child's strengths

Teaching for Any Type of Learner

Perhaps your child has dyslexia, and pictures truly feel like a miracle drug in his/her education. When a picture is there, he/she learns. When not, forget it. Teach with pictures then. And talk to your child's teacher—help ensure that pictures infiltrated your child's learning at every possible chance.

On the other hand, your child may have a disorder that affects his/her visual-spatial skills. Pictures of a math problem make no sense what-so-ever, and geometry is a nightmare. I get it, because I've taught these kids as well. Inserting more pictures won't help. Talk to your child, and explain things. Get out the manipulatives, and let your child touch and feel the “how” and the “why” of the things they're learning in math and science.

There are so many activities and games to start stretching and building your child's areas of weakness. However, when you're in the process of teaching or helping with homework in another subject matter, work to your child's strengths.

For more information on the different learning styles, check out learning-styles-online.com and consider going through the inventory with your child. Get your child learning the way he/she learns best!

All brains are different. We all process a little differently. This makes for both difficulties and gifts, all in the same person.

One thing for sure, the brain does well with variety and it can grow and change. Important principles that are built into the Learning Success System. Building up confidence, taking advantage of neuroplasticity, building up proprioception, and building up fundamental learning micro-skills will make any brain better. No matter what the learning style.