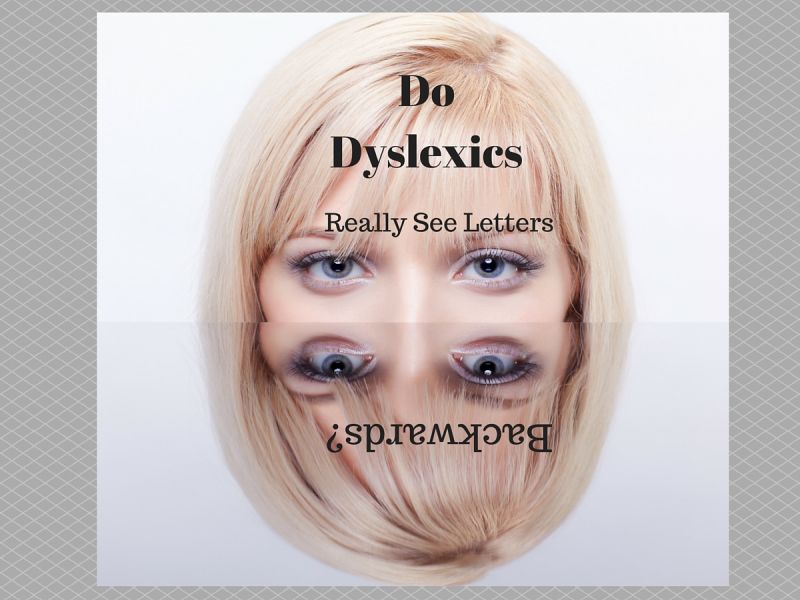 Just when you thought kids with dyslexia see letters backwards

Mention dyslexia to a group of people and you get a kaleidoscope of definitions and stories. It is confusing and amusing yet enlightening and baffling. For parents new to this, it can be unnerving.  But fret not – a little know-how is all you need.

By definition, dyslexia is a specific kind of reading disability. A child with dyslexia may display signs such as having trouble rhyming or even recognizing letters.

But a common belief is their tendency to reverse letters such as "b" and "d". Now does that reversal of letters correlate with their vision? Do dyslexic children actually see things backwards?

That dyslexics see alphabets backwards has its roots in the 1920s. According to the Association for Psychological Science, American neurologist Samuel Orton in 1925 coined the term strephosymbolia, meaning "twisted symbol", to refer to the tendency to reverse letters. He hypothesized that it was the cause of dyslexia.

He believed children with dyslexia could read better if they held writing up to a mirror. As ridiculous as that was, his view caught on and helped perpetuate the belief that letter reversals are central to dyslexia.

Side Note: This is the same Samuel Orton that co-founded the Orton-Gillingham program. You've probably heard of it. Almost all popular dyslexia programs today are Orton-Gillingham based. It's been pushed as the only solution for over 80 years. In that time the name has become well known. Elements of the program are still very valid today, just remember, it does not take advantage of new discoveries in neuroscience. So it is not the definitive answer despite it's popularity.

And we see this misconception in media portrayals of dyslexia. For example, in the 2001 blockbuster Pearl Harbor, Captain Rafe McCauley (played by Ben Affleck) informs the nurse administering an eye exam that he can't read letters as "I just get 'em backward sometimes." 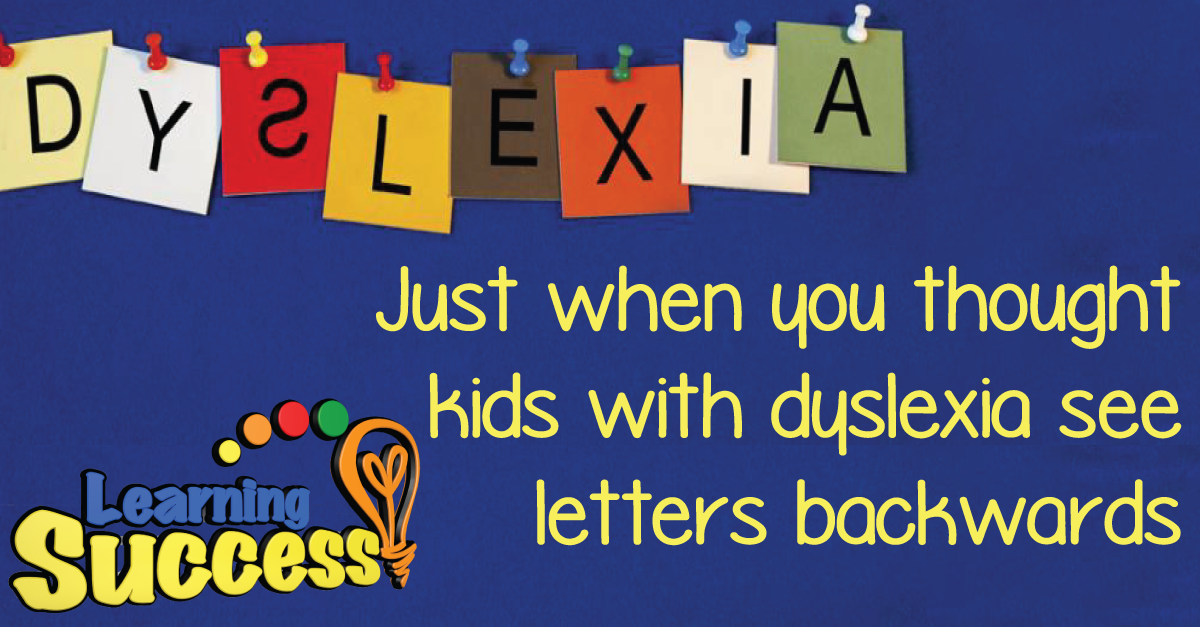 If it is not letter reversal, then what is it? As mentioned earlier, it is a learning disability. Often children with dyslexia have weak phonemic awareness, or the ability to decode and spell words. It means they have trouble hearing the nuances among individual sounds, phonemes or language.

So, many children with dyslexia struggles with learning and remembering how sounds and letters go together – that’s about 5% of American children.

Others may report very different symptoms. Letters moving around the page is a common report.

Generally, they struggle despite adequate classroom instruction. They also find it difficult to identify printed words. It is a problem with the brain and not vision.

Yet it does not mean they are intellectually challenged. Many brilliant people, like Albert Einstein, are known to have dyslexia. This is seen in the fact that a formal diagnosis requires that a child’s overall intellectual ability be markedly superior to their reading ability.

Here’s something: An experiment by a professor from the University at Albany required his dyslexic and non-dyslexic American students to reproduce a string of Hebrew letters none of them were familiar with. Those with dyslexia did the task just as accurately as their non-dyslexic counterparts.

American neurologist Samuel Orton (co-founder of the popular Orton-Gillingham dyslexia program) in 1925 coined the term strephosymbolia, meaning "twisted symbol", to refer to the tendency to reverse letters. He hypothesized that it was the cause of dyslexia. He believed children with dyslexia could read better if they held writing up to a mirror. As ridiculous as that was, his view caught on and helped perpetuate the belief that letter reversals are central to dyslexia.

The causes of dyslexia are controversial and varied. But what’s important is that there is no evidence that suggests children with dyslexia literally “see” letters backward or in a reversed order.

Why they tend to reverse the letters is that they have a slower literacy development. And newer research shows that letter reversals are hardly distinctive to dyslexia. Commonplace among children age six and younger is the tendency to write backwards and reverse letters. Dyslexic or not.

These errors are corrected over time in children, although less so in those with dyslexia. It is the same with spelling. Research also found that children in both groups make similar spelling errors, just that one typically “outgrows” them.

Remember: they are bright and intelligent just like the average child out there. Though they will not outgrow dyslexia, they will be able to learn to read. All it takes is smart approaches and instructions.

PBS advocates the use of compensatory strategies. For example, teaching your child to use a spellchecker on a word processing document for him or her edit work. We think this can be a useful strategy but don't let it become a crutch.

You can also discover ways to use their strengths and build on those.

1
Dyslexia can have a variety of symptoms
2
Seeing letters backwards is not typical
3
dyslexics typically have weak phonemic awareness, or the ability to decode and spell words

Hello,
Do you have articles on Dyscalculia? I'm an adult and couldn't/can't outgrow my dysclaculia. Any input would most helpful. Many thanks.

Hi, I’m Samantha from Learning Success and I made this video to help you understand why... END_OF_DOCUMENT_TOKEN_TO_BE_REPLACED

Dyslexia is no different. Catch it early... END_OF_DOCUMENT_TOKEN_TO_BE_REPLACED

If your child is struggling in school... END_OF_DOCUMENT_TOKEN_TO_BE_REPLACED

If your child is struggling in school then you can get them back on track with... END_OF_DOCUMENT_TOKEN_TO_BE_REPLACED