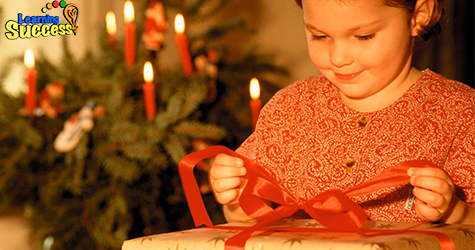 If you have a child who is struggling academically, it is so easy to get caught up in the feelings of inferiority, as if your child isn't good enough.  It is easy to think that other kids are smarter, or even better than your child.  This is a common feeling, but one that doesn't serve us well.

The glass is always half-full

Several months ago, a parent came to me in tears.  She has twin boys with learning differences.  Both boys are handsome, smart, hardworking, and a joy to be around.  However, both are with dyslexia.  Both were in special education, and she felt like they would never get better. Tears streamed down her face.

"My friends' kids are all so smart.  They get straight A's.  They get awards. Joshua and Jacob are still so far behind."

"Well, you need to get new friends," I told her.  She smiled.

We talked about her boys' progress.  Jacob was barely reading when he came to us.  Joshua was a bit better but still two grade levels behind.  Jacob had increased one grade level in reading in six months.  Joshua was approaching grade level.

Somewhere along the way this wonderful mother had forgotten to look at the gifts of her children.  She compared her boys to others and felt like a failure as a parent.

It was easy for me to see the positive aspects of her boys' progress, but when you have a child that isn't performing as expected, it is difficult to see the gifts of the child.  Is he talented in sports?   Does she have a gift for singing and dancing?  Can he draw wonderful pictures or excel at martial arts?  All too often we focus on the negative and forget about the positive.

Two months later she came in with a smile on her face.  Joshua had been taken out of special education.  He was holding his own in a regular classroom.  Suddenly she was optimistic about Jacob as well.  Did the boys have straight A's?  No, but they were getting closer to academic excellence every day.

Another parent with twins was talking to me as well. Both girls are autistic.

"How cruel is that?" she asked. I thought for a moment. Yes, it is sad. The fate of her girls is bleak without a lot of intervention. But there still is hope.

I told her about one of our new students. A twin also. He and his brother were born with cerebral palsy.

He was quite functional and just needed some academic and processing help. His future looked bright. His brother, however, uses a wheelchair. He requires feeding tubes and doesn't speak. Suddenly, she didn't feel so bad. Her daughters could walk.

They could speak. They could reach out and give her a hug. That's why we treat the whole student. Grades are important, and so is academic progress.

But we never lose sight of the gifts each student brings to the table. We strive to increase social skills, creativity, and overall confidence in each student that comes our way.

And we are thankful for every one of them. Share with us your experiences of discovering your child’s talent and the impact it has had on you and your family.

The Amazing Talents of Children with Learning Differences