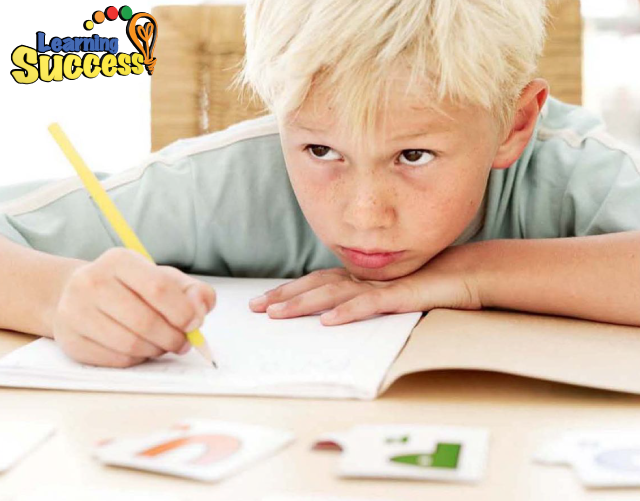 Can We Control Our Moods?

We think of bad moods as something we can't control. Once they grab us, they own us. We succumb without a fight. Until the mood, hopefully, slowly lifts.

What if there was a push button for moods? There just might be.

For the last two decades I've watched as depressed, lacking-in-self-esteem children transform in front of my eyes.

A moping child comes into my Shou' Shu' class. A child with the weight of the world on their shoulders. Drooped head. Eyes that won't look up. Sagging shoulders. Children, that when asked a question, only a small peep comes out.

Within weeks, their head lifts a bit. Their shoulders are a bit more upright. Their voice louder. Soon I have them in the front of the room. Leading a class and enjoying it. This child, that only weeks ago was resigned to a life of deficiency, has found how to find feelings of elation.

Watching this has been truly one of the most rewarding things in my life. And I get to watch it again and again. One child at a time.

We were having so much success with this, it got noticed by a school principal. After bringing his own daughter in to train with us, the principal of the local elementary school, started recomending us to frustrated parents. Parents of kids with dyslexia, dyscalculia, dysgraphia, ADD and ADHD, and even Aspergers. Pretty soon our classes were full of these kids. What might have been a teachers nightmare, to us was fun. We enjoyed the challenge.

We learned a lot from observation. It became easy to spot different emotional issues as well as learning difficulties. Just by the way they moved. As we observed, We noticed a strong correlation between the way their body moved and their particular diagnosed affliction.

Lack of Coordination and proprioception seemed to be related to learning difficulties. The way the carried their bodies was related to their emotional state. We fixed both and the results were amazing.

As their body mechanics changed, so did their emotions and their learning ability.

The Emotional Effects Were Very Pronounced

One thing we really noticed was how attitudes changed. These shells of kids came to life. Their previous depressions or impulsive outbursts faded. Their negative emotions became a thing of the past.

But with all of that, we knew there was more. We observed in ourselves, and others, that all that we had to do was start doing Shou' Shu' and the emotional state changed completely. A few minutes of the right body motion and a mental transformation happened. Emotions changed from negative to positive.

There was more going on than just the typical effects of exercise. There was some other big reason we were missing. We could see these big results. We knew that these results were unique to our program. But why?

We realized that "Motion Creates Emotion".

A persons mood can easily be read in their body. But what we were seeing was that it also worked in the opposite. Not only can the mood affect the body, but if you move your body in the right way you affect your mood.

It's easier to change how the body is moving than it is to change an emotion. So with this knowledge the body becomes the easy button for our minds.

None of this was actually new. In fact it was thousands of years old. As Shou' Shu' black belts we were taught this. Just not explicitly.

The ancient training methods did not teach explicitly. Knowledge was hidden in cryptic ways of saying things. Nothing was directly taught. You were led down a path and it was up to you to notice the scenery. Scenery available only to a few. So few of us learned it.

Those of us with black belts in several Shou' Shu' styles recognized that the emotional response was very different depending upon the style we were doing at that moment. Not subtly different but starkly different. Tiger felt powerful, fearless. Doing a mongoose form left us feeling sneaky and devious. The crane felt stoic.

The recognition didn't just happen at the black belt level. Black belts could easily  use it to cultivate specific emotions but students recognized the general feel good emtions that were generated. Students of all ranks recognized it to some degree. They would say things like "I don't know, I can't explain it. It just makes me feel good". They were almost baffled by it. That they could have a terrible day. Come in grumpy. Do a few forms and they were transformed like the frog prince.

"I was showing my staff how someone with PD often walks - limiting how I moved my body, decreasing the swing of my arms and the length of my steps.  Afterward I realized that even though I had only limited my movement for 5 minutes or less, my brain felt rigid for hours.  I felt limited in my thinking for the rest of the day."

The principle works in both directions. Closed off powerless body postures and weaker body motions can increase feelings of weakness, inadequacy, or other negative emotions.

In our anti-bully training programs at Sheng Chi, we actually use this idea to train kids how not to be victims. It's a simple exercise that makes them aware of the principle. We have them drop their shoulders and head. They walk across the room and back in this mopy posture. They are then asked how they feel. Bad is always the response. Then we have them walk briskly with head up and shoulders back. We ask them again. Great! is the response. They are then asked which of these would likely attract a bullies attention. It's an aha moment for them as they realize the importance of how they can change and project their own inner feelings.

A Push Button for the Mind

We had a tool to change our feelings. This was pretty amazing to me. I thought it had some big implications. If we could help people change their emotional state we could change their lives.

I started talking with people about it. They gave me blank stares. Experience cannot be transferred through words. I could not explain how this worked. So my message went nowhere.

I studied neuroscience where I could. Books, Coursera courses, anything that was available. I found bits and pieces of the answer, but nothing I could explain in a simple manner. I conferred with a neuroscientist. He said the idea seemed completely plausible but couldn't point me in any good directions.

Then a friend sent me a link to Amy Cuddy's Ted Talk.

This was it. This was what I had been looking for.

Amy Cuddy, along with Dana Carney and Andy Yap, had conducted a UC Berkeley study on nonverbal expressions of power (power posing). They found that power posing had an effect on testosterone and cortisol levels. Hormones that affect our emotions and behaviours. Hormones that can cause better performance.

This was remarkably similar to what we had seen over the last few decades. That the body could actually change the mind.

I also realized that this was a positive feedback loop. We already know the mind affects the body. If it works both ways then this effect can compound itself. We start with moving betterand we feel better. We feel better then we move better. And round the loop we go.

Can This Simple Trick Get Your Child in the Mood for Homework? @amyjccuddy
Tweet now Follow Learning Success 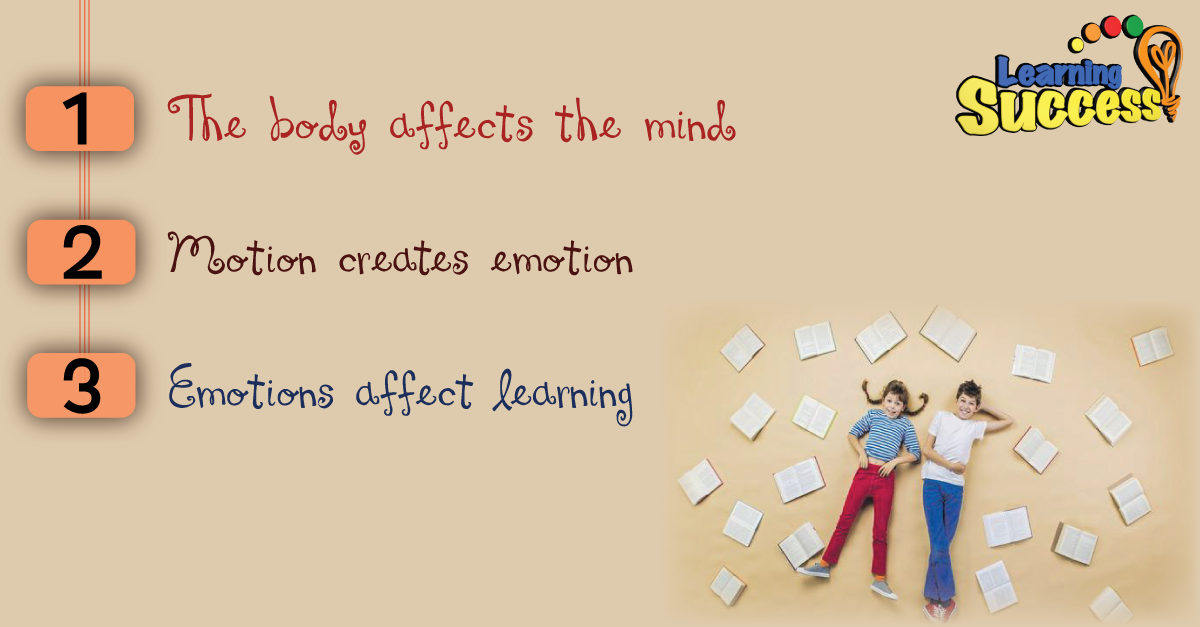 Shou' Shu' is a little different than power posing in that it is dynamic rather than static. Like a power pose in motion. Shou' Shu' uses principles such as centerline (perfect posture), drive, and alignment to create power motion. We call it flowing focussed chi but the terminology doesn't matter. It's about power. Power moving.

Power posing. Power moving. Whatever, it makes you feel good. Even when you're feeling bad. That's what's important. That's what has use.

So a few months back I did a little experiment with the kids. I waited until a day they all seemed a little grumpy. Before starting class I did some Amy Cuddy style power posing for three minutes. It worked. By the end they were cheerful and giggling. We got off to a great start.

I have no doubt this can be helpful for anyone entering a situation where they have some anxiety. If it works for a job interview it should work for homework time. This is why I am suggesting you try it with your child. A little power posing before homework and see what happens.

For years we've known that kids that do a Shou' Shu' class prior to going home to do homework do better. Much better. Amy has shown that it may take as little as two minutes for the effect. Give it a try.

Watch this short video for an explanation of some power posing exercises to do prior to homework time.

any union of science and mindfulness is a win for everyone. These secrets have been buried in ancient and nearly forgotten systems for millenia. It's about time the rest of the world should get access to them.

Amy Cuddy asked in her Ted talk that people share this knowledge. I agree. It's profound. Be a part of that. Share this article.

This effect works for so many people. Not just children. We've seen it help people from all walks suffering from negative emotions.

People suffering from depression. People who have lost themselves due to traumatic experience. Angry young men who just can't stay out of trouble. Soldiers with PTSD. Even those suffering from fibromyalgia.

So many have found it just "Mentally Relaxing" and can't explain why. The effects were so pronounced we decided to start a non-profit. It has a lot of application for a lot of people.

Since Amy's Ted talk elementary students, retirees, elite athletes, surgeons, politicians, victims of bullying and sexual assault, those suffering from mental illness, and physical limitations have all written her to say power posing has helped.

Could it help your child? Especially when they are stressed over homework.

For me any union of science and mindfulness is a win for everyone. These secrets have been buried in ancient and nearly forgotten systems for millenia. It's about time the rest of the world should get access to them.

For more on this I would recomend:

And of course, get your child started on the Learning Success System. Where we use a variety of techniques to help your child succeed.