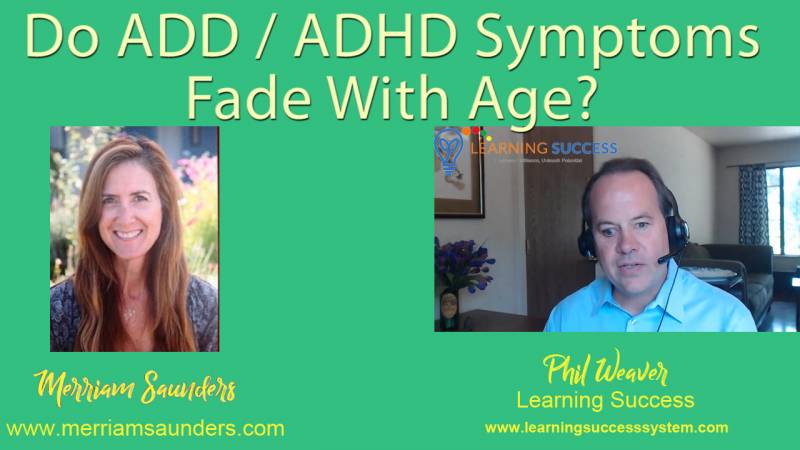 Will ADHD Symptoms Fade As A Child Ages?

Phil:    So if that's so then can ADHD fade as away as the PFC develops?

Merriam:    So what we see fading is the hyperactive piece as children enter their teen years. That child that just could never sit still and was constantly making noises and, and had a whirling twirling motor inside them, that motor will start to settle a little bit and then write that energy might come out in other less large ways. Like maybe that's the person that's constantly bouncing their knee or drives a little too fast. So we do see that piece waning. what having a fully consolidated prefrontal cortex will do is allow you to have the fullest access to what you are capable of, but it's not going to be the same or as functional as, someone who's neurotypical, at that age. So, you know, we don't all come together as one in the right prefrontal cortex skills. You know, so you'll still have those struggles, but oftentimes, especially in someone that was diagnosed. By the time, they're 25, they've figured things out. They understand, well, you know, I have trouble with this and I need to do the following things so that I can be equalized.

So what we see fading is the hyperactive piece as children enter their teen years.

Will ADHD Symptoms Fade With Age?